Silver Mining 12/2: Josh Jacobs is the first Raider rookie to rush for 1,000 yards 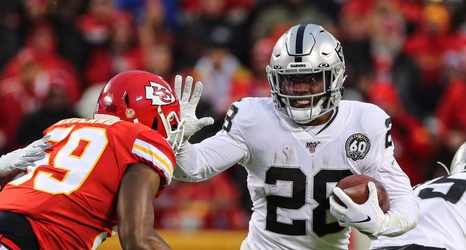 I’ve seen people argue that the Raiders could’ve taken him at the fourth pick, and I don’t really have a counter argument for it.

Even though the game was way over by then, that Mullen interception being overturned was complete B.S. The NFL needs to do away with this replay nonsense.

I think it’s being pretty generous to call anyone a loser on the Chiefs after that game.

So are the Chargers that bad, or did Elway make a $20 million dollar mistake trading for Joe Flacco?