Silver Mining 10/9: Jon Gruden’s old-school approach seems to be working after all 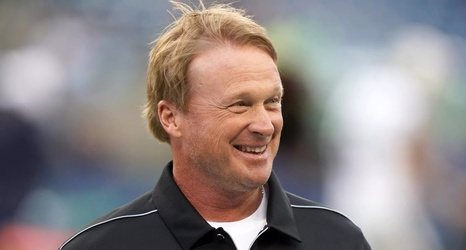 Jon Gruden’s old-school Raiders rebuild looks to be working after all - SBNation.com
The Raiders are playing smashmouth offense and they’re improving on defense faster than expected.

Raiders rookie Hunter Renfrow shows resilience in latest 'Mic'd Up' | NBCS Bay Area
Who doesn't love when the players get mic'd up during a game?

Jon Gruden on Raiders’ 3-2 start: ‘We like the progress’ - SFChronicle.com
The Oakland Raiders in the past two weeks have beaten the Indianapolis Colts and Chicago Bears, both playoff teams last season, away from home to enter the bye week at 3-2.