Should the Oakland Raiders shut down star running back Josh Jacobs? 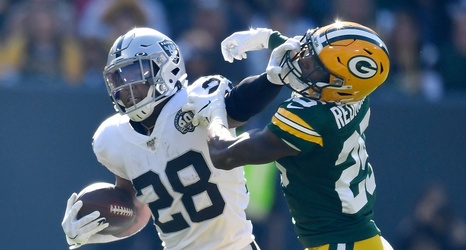 Oakland Raiders running back Josh Jacobs presence was noticeably absent in Sunday's loss to the Tennessee Titans, as the offensive woes continued, and the Raiders lost a must-win game to get into the playoffs. With playoff hopes essentially crushed, should the fifth-ranked running back sit out the remainder of the season?

Many teams have disregarded running backs all together since the NFL has become more about flashy plays and chunk yardage gains. However, some teams have built their offense around the running game, and Baltimore is a good example.

Not only are they the top rushing team in theleague, but their time of possession stands alone at the top with over 34 minutes a game, a full two minutes longer than the second team, San Francisco, at 32 minutes.