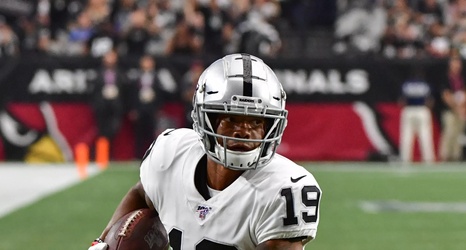 Weird to think the Raiders wide receiver position was such a logjam a few weeks ago that they found themselves making some tough decisions, including waiving standout undrafted rookie Keelan Doss. From then until now, things have changed considerably.

Going into the prep for the season opener, the Raiders starters were Antonio Brown and Tyrell Williams with Ryan Grant in the slot. Brown infamously sabotaged his way out of Oakland, and Doss was re-signed, leaving the starters as Williams and Grant. And that was how it stayed for the first two games.