Richie Incognito is back, but other Raiders hurting as prep begins for Vikings 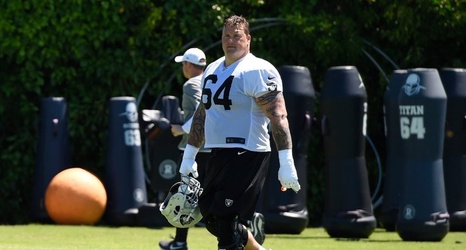 He’ll start at left guard for the Raiders in their Week 3 road game against the Minnesota Vikings. As to who will join Incognito on the field, much was uncertain as the Raiders were assessing injuries to some key players.

The Raiders addressed one of their concerns by trading a sixth-round draft pick to the Green Bay Packers in exchange for wide receiver Trevor Davis, who could replace the injured Dwayne Harris (ankle) as a return specialist.