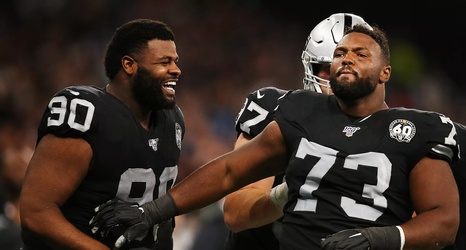 The departure of injured cornerback Nick Nelson on Monday means that the Raiders have now cut a third of their nine 2018 draft picks. Nelson is technically still part of the organization, but he will very likely not be with the team soon.

The former fourth-round pick joins punter Johnny Townsend (fifth) and linebacker Azeem Victor (sixth) as 2018 draft picks who are no longer on the roster. Cutting a third of a class within 25 months of a draft is not ideal, to say the least.

Also, only two of the nine picks have made a consistent positive impact so far.