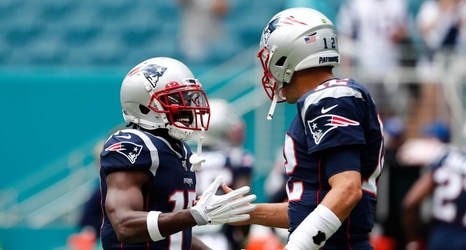 Despite Antonio Brown’s wishes, the free-agent Pro Bowl receiver will not be rejoining the Patriots, who reportedly have no interest in bringing back the troubled short-time Raider.

League sources told ESPN’s Adam Schefter the Patriots still will not consider a reunion with Brown, who played one game with New England this season before being released when reports surfaced of his alleged sexual misconduct against a woman trainer.

There had been rumblings that a Brown-Patriots tandem might be a possibility considering New England’s struggling wide receiver corps as well as Brown’s social media posts where he said he missed Tom Brady and also apologized to the team.