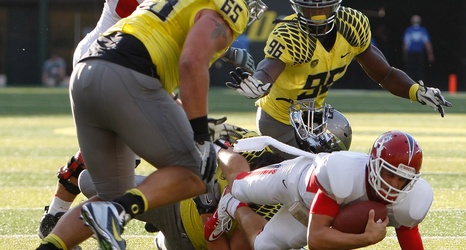 There was a time in the last decade when Derek Carr led “mid-major” Fresno State to a near-upset of fourth-ranked Oregon. Carr helped the Bulldogs build a three-point lead with just 55 minutes and 16 seconds remaining on the clock, but that was a hair more than enough time for the Ducks to unload 35 unanswered en route to a 42-25 victory. The quarterback for Oregon that day was playing in only his second career college game and now seven and a half years later he’s backing up Carr with the Las Vegas Raiders.