Read it and weep (or celebrate) . . . the first Raiders depth chart 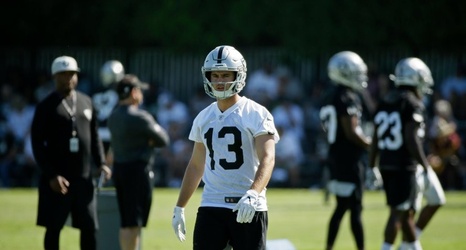 NAPA — It’s impossible to know who actually put together the first depth chart for the Raiders. Former coach Jack Del Rio used to say it was media relations director Will Kiss.

That was Del Rio’s way of not reading too much importance into where players stand heading in to the first preseason game. Jon Gruden hasn’t given many clues as to where the depth chart stands, and even if he did, would you believe him?

But for what it’s worth, the initial Raiders depth chart released in advance of the preseason opener against the Los Angeles Rams Saturday looks like a fairly accurate representation of what’s gone on so far at training camp.