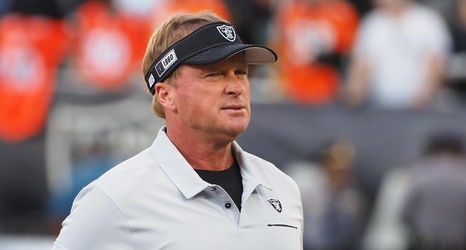 The Raiders receiver corps remains unsettled, with bodies shuffling in and out as head coach Jon Gruden waits for some to seize a golden opportunity.

The position was a legitimate team strength, maybe the best position group on the roster entering training camp.

That position group was going to have some tough cuts.