Raiders: Which receivers will step up in Hunter Renfrow’s absence? 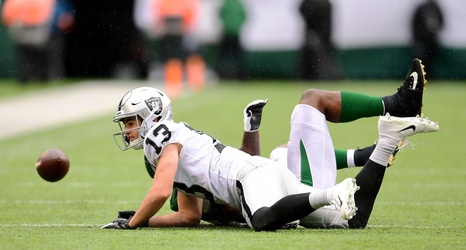 The Oakland Raiders have experienced a ton of turnover at the wide receiver position this season and that is expected to continue following the loss of slot receiver Hunter Renfrow.

Renfrow was injured in the middle of the Raiders 34-3 loss to the New York Jets after taking a hard hit from Jets cornerback Blessuan Austin. He would later return only to re-aggravate the injury on another hit from defensive lineman Henry Anderson.

And as reported on Tuesday, the injury may be more severe than initially anticipated.

NFL Network’s Ian Rapoport reported that Renfrow suffered a broken rib and punctured lung during the game and later reports indicate that the injury could keep him sidelined for the remainder of the year.