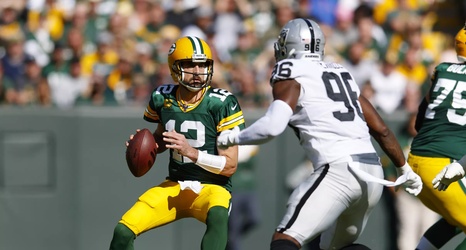 It’s a shame that Derek Carr and the passing game did not receive a higher grade because in spurts the performance was actually pretty good. Without Tyrell Williams in the lineup it was up to the not so stellar group of Keelan Doss, Marcel Ateman, Hunter Renfrow, and Trevor Davis at receiver.

Carr’s final stats look good at first glance, he did complete 22 of 28 passes for 293 yards and two touchdowns. But if you actually watched the game you know how critical his two red zone turnovers were.