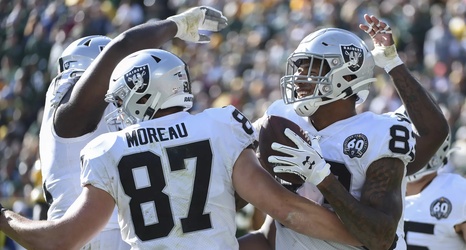 There have been a few games this season for the Raiders in which they started out competitive, and even holding a lead only to lose it and let the game get away from them. None got quite so much away from them as this one.

They had the lead twice in the early going. First 3-0, then 10-7. But that lead was lost in the second quarter and by early in the third, it had been extended to 28-10. Three of the Raiders’ trips into the end zone resulted in no point – two on turnovers, the third on a failed run on fourth and goal from the one.