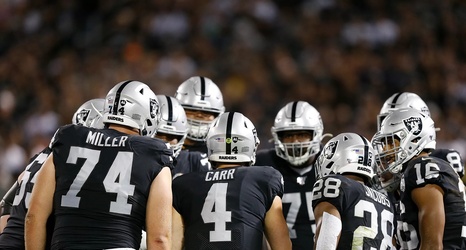 I hope at least all the noise about Antonio Brown gave you enough to keep you occupied while the season was approaching. I know the wait can be excruciating at time, what with the long NFL offseason and the Raiders literally being the last team to play a game (well, and the Broncos, of course). But play they did and after the long wait, Raiders fans were not disappointed.

The Raiders scored a touchdown on their first drive, then scored another in the second quarter and it was the third quarter before the Broncos could even get on the board.