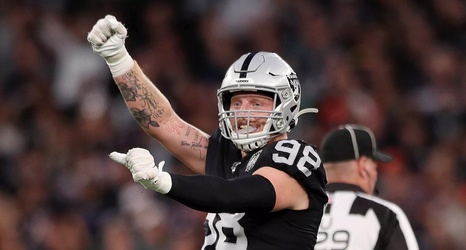 Through the first four weeks of the season, it was appearing as if Maxx Crosby has kept pace with his fellow drafted edge rusher Clelin Ferrell. Crosby did so while seeing far fewer snaps than Ferrell who was the team’s top pick at 4th overall. Sunday in London Ferrell was out with a concussion, giving Crosby his chance to shine. He got plenty of opportunity to do so.

The fourth round rookie saw all but one snap on defense against the Bears. His 57 snaps led all defensive linemen — some 25 snaps more than sack leader Benson Mayowa.