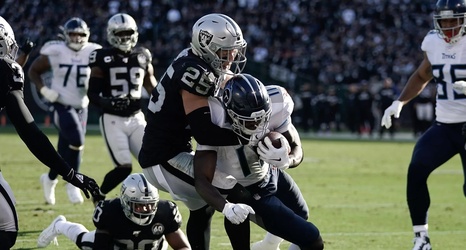 This grade would have been higher had the offense not gotten skunked in the second half. After a solid first two quarters from the passing attack, Derek Carr and Co. were a non-factor in the final 30 minutes.

Carr’s final numbers look efficient. That tends to happen when you are checking it down to running backs and tight ends. He finished the game 25 of 34 passing with 259 yards and two touchdowns. The quarterback was heavily criticized by fans for throwing the ball away on four and goal from the 1-yard line.

Rico Gafford caught his first career pass and scored his first touchdown on a 49-yard bomb.