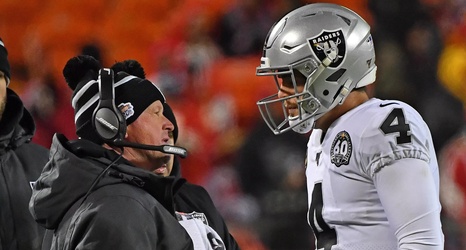 Don’t let Derek Carr’s numbers fool you. Seventy of his 222 yards and only touchdown pass came in the team’s final possession, when the score was 38-3. Prior to that drive, Carr was 13-of-22 for 152 yards and two picks.

The receivers did nothing to help their quarterback. Zay Jones, Tyrell Williams, and Keelan Doss caught four passes for 34 yards. If it were not for Darren Waller’s seven catch, 100-yard performance, who knows where the yards through the air would have come from.

You better believe upgrading the wide receiver position will be a major emphasis in the offseason.