Raiders Week 11 report card: Raiders get it done through the air 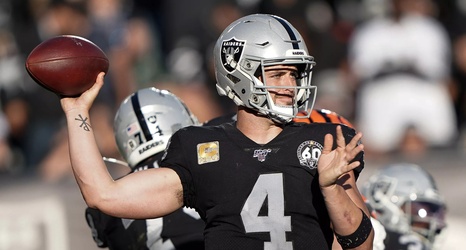 In the history of the Raiders report card there have not been many perfect A-plus grades given out. In Week 11, Derek Carr and his receivers came very close. If it were not for an errant pass to Darren Waller in the endzone (one play later Carr used his legs to score) and a third quarter interception, the unit would have received the evasive A-plus.

However, 25 of 29 passing for 292 yards and a touchdown isn’t too shabby. Carr connected with eight different receivers. Waller and Hunter Renfrow each had five grabs for 78 and 68 yards apiece, respectively.