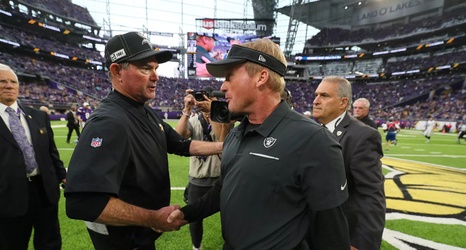 When you play a game in which you are beaten by 20 points and you can still say it wasn’t really even that close, you know how bad it has become. The Raiders lost 34-14 to the Vikings and it was not pretty for the visiting squad.

Cook ran through the Raiders defense like a hot knife through butter. Four of the Vikings’ ten longest plays from scrimmage were Cook. He had 110 yards rushing and a touchdown with another 33 yards receiving... all in the first three quarters. Two of the other longest runs were Vikings backups who were gouging the Raiders late because Cook spent the first part three quarters wearing them down.