Raiders vs. Vikings at halftime: Studs and duds 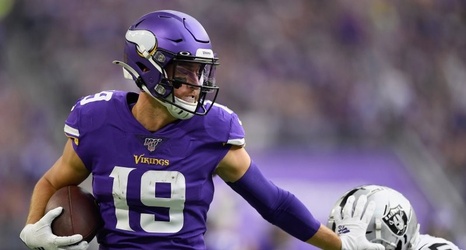 MINNEAPOLIS — If you wanted to write a manual on how not to start an NFL road game, it would read like the Raiders’ woeful start Sunday against the Minnesota Vikings at U.S. Bank Stadium.

The Raiders were down 21-0 before they got on the scoreboard. They were sluggish, penalty prone and had a bad turnover in an interception by quarterback Derek Carr to Harrison Smith

A look at studs and duds in the first half:

Dalvin Cook: Gained 65 yards on 12 carries and scored on a 2-yard run. Minnesota way more effective getting their bell cow off to a good start than the Raiders and Josh Jacobs.