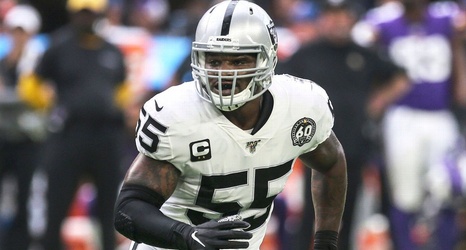 Oakland Raiders linebacker Vontaze Burfict's appeal of a season-long suspension for his helmet-to-helmet hit on Indianapolis Colts tight end Jack Doyle has been denied, meaning he will sit out for the rest of the 2019 season.

The league announced the decision of appeals officer Derrick Brooks on Wednesday.

Burfict was ejected in the second quarter of the Raiders' Week 4 31-24 win late last month. He was initially flagged for hitting Doyle in the head across the middle. But after the officials conferred, Burfict was thrown out.

The league said that Burfict will be not be paid during the suspension, which covers the postseason as well.