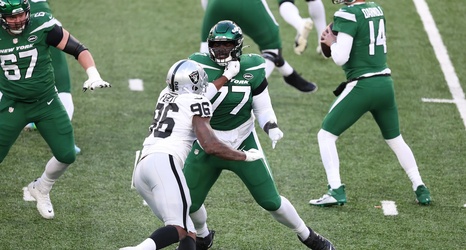 When the team used first-round picks on them all in 2019, it was pointed to this season as the time they would all become true cornerstone players and keys to the Jon Gruden regime.

Jacobs and Abram were taken with picks garnered in the Khalil Mack and Amari Cooper trades, respectively. Ferrell came as the Raiders’ selection after a 4-12 season in Gruden’s first year back with the organization.

After this season, the Raiders will have to make decisions on whether to give the fifth-year option to all three players or let them hit free agency after their fourth season.