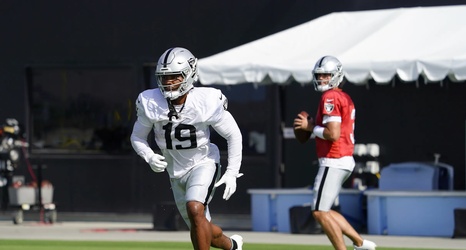 The Las Vegas Raiders were back at practice after a day off on Friday. The team took a break from pads, and there wasn't much live action during Saturday practice.

When there was full speed during the session, the team speed will quickly catch the eyes of fans. The Raiders appear to be a contending football team, even with a few glaring holes on the roster.

Of course, one of those is the offensive line which many thought the front office would address during the offseason. That didn't happen and the same five from last season are on the roster with a slight change.