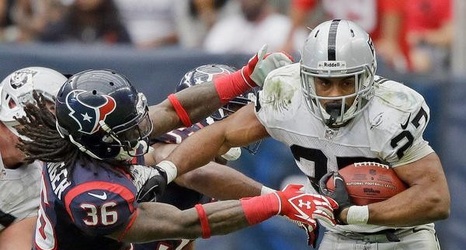 OAKLAND — New additions D.J. Swearinger and Dion Jordan will be put to work immediately as both men are among the 46 players who are active and can play Sunday against the Ciincinnati Bengals at the Coliseum.

Swearinger, a safety, was signed after starter Karl Joseph was lost for the season with a foot injury as he went up to intercept a pass on the final play of a 26-24 win over the Los Angeles Chargers at the Coliseum. Jordan will bring depth and hopefully some more pressure from the edge. Defensive end Arden Key was lost with a broken foot in a win over Detroit and the Raiders played with just four ends against the Chargers.