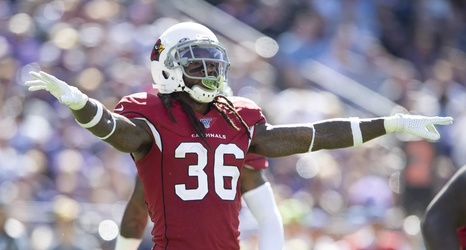 With Karl Joseph expected to be sidelined for an extended period of time after taking a hard fall during his game-sealing interception, the Raiders have elected to sign D.J. Swearinger.

Can confirm that the Raiders are signing safety DJ Swearinger.

And that it’s not good news for Karl Joseph. Nothing final yet there, though, but there’s concern his injury is significant.— Scott Bair (@BairNBCS) November 8, 2019

Swearinger was brought in for a workout on Nov. 4 and apparently impressed enough to warrant an emergency signing.

With word that Joseph’s injury may be “significant,” the Raiders may be relying on the newcomer quickly.