Raiders should start Derek Carr in Las Vegas in 2020 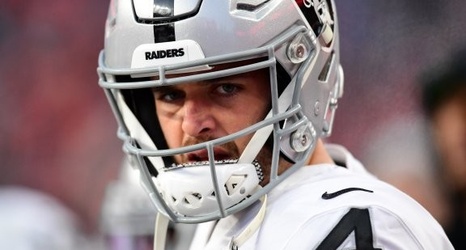 “I don't believe Jon [Gruden] sees enough high-end upside there, and at this point, you would have to think Carr is what he is.” – a source close to Gruden via CBS Sports' Jason La Canfora.

The historic Raiders franchise is moving from Oakland to Las Vegas this offseason, and rumors are swirling, once again, that head coach Jon Gruden and general manager Mike Mayock are ready to move on from quarterback Derek Carr and start fresh at the position in the Sin City.

Some of these rumors have even included the possibility of the Raiders signing Tom Brady in free agency, with the only rationale for this move being the notion that the Raiders have all the weapons that Brady needed so badly in New England last year.