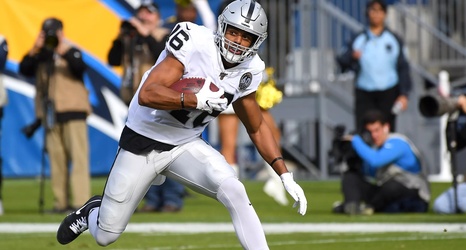 The Las Vegas Raiders may begin the season with two rookie receivers starting for the first time since 2009 as it appears that Henry Ruggs III and Bryan Edwards are poised to line up against the Carolina Panthers in 12 days.

The Raiders put veteran receiver Tyrell Williams on the inured reserve, ending his season, on Tuesday. It is not a great surprise since he had been dealing with a torn labrum for several days. However on Tuesday, it was determined that Williams would not be able to continue playing and he needs surgery.