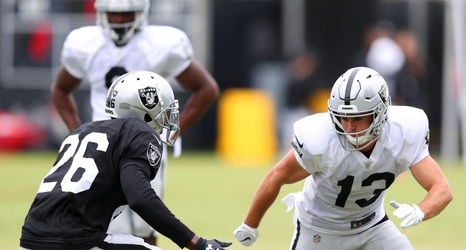 ALAMEDA — Nevin Lawson returned to the Raiders’ 53-man roster Monday, one week after he was eligible to be reinstated after missing the first four games of the season serving a suspension for being in violation of the NFL policy for performance enhancing drugs.

The Raiders have been paper thin at cornerback over the last two games — both wins — with starters Gareon Conley and Daryl Worley playing every snap in wins over Indianapolis and Chicago and slot corner Lamarcus Joyner missing only a few snaps.

Trayvon Mullen, a second-round pick from Clemson, has gotten minimal work in the secondary while Keisean Nixon has played exclusive on special teams in the past two games.