Raiders reportedly plan to extend Richie Incognito in the offseason 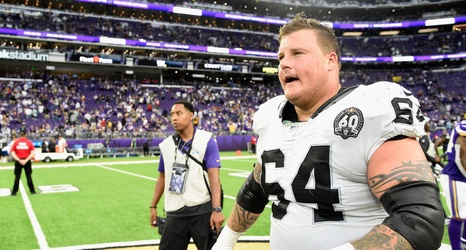 The Oakland Raiders managed to do something in one offseason that many teams in the NFL could only dream of doing. They took an offensive line that was one of their biggest detriments last season and transformed it into a true strength of the team in one offseason.

And while more than half of the league struggles with poor offensive lines, the Raiders now reap the benefits of some stellar offseason moves.

While the attention has undoubtedly been placed on the signing of right tackle Trent Brown and the emergence of left tackle Kolton Miller, there has been perhaps no more impactful move than the signing of Richie Incognito.