Raiders report card vs. Chargers: It wasn’t pretty or crisp, but it was a win 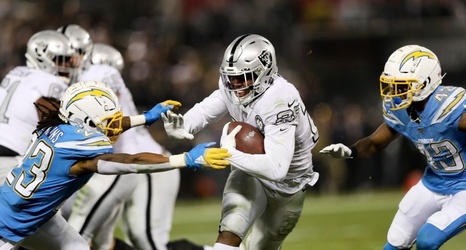 Grading the Raiders’ 26-24 win over the Los Angeles Chargers Thursday night at the Coliseum:

If it wasn’t for drives at the end of the first half and the end of the game, it would have been a disaster. Give the Chargers credit for the way they played defense, and also that the Raiders were able to get the job done in the clutch. Derek Carr was 21 of 31 for 218 yards and had a 9-yard touchdown pass to Alec Ingold. He had more pressure than usual and was sacked three times as the Chargers defensive front got the better of the Raiders’ offensive line.