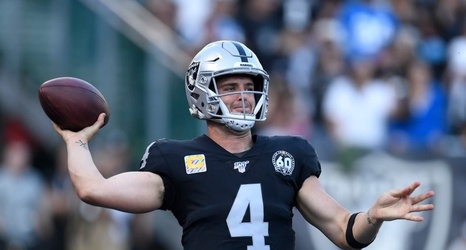 OAKLAND — How the Raiders graded in a 31-24 win over the Detroit Lions Sunday at the Coliseum:

Not much to be critical of as Derek Carr completed 21 of 30 passes for 289 yards and touchdown passes of 3 yards to Foster Moreau and 9 yards to Hunter Renfrow. Carr completed passes to eight different receivers, and has demonstrated when teams roll coverages toward Darren Waller (two catches, 52 yards), he is capable of distributing the ball elsewhere. Carr’s game-winning drive was textbook, and a third-and-12 strike in the first half to Tyrell Williams during a touchdown drive may may have been his best throw of the day.