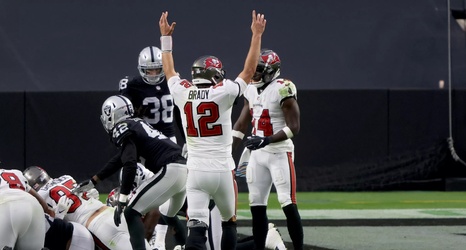 Well, that one stung.

As we process what just happened at Allegiant Stadium, let’s look at five keys in the Las Vegas Raiders’ 45-20 home loss to the Tampa Bay Buccaneers on Sunday:

Where was the pass rush?
A major reason why the Raiders upset the Kansas City Chiefs in Week 5 was that the pass rush came alive. It vanished again Sunday as the Raiders barely produced any heat on Tom Brady all game. After the game, Raiders coach Jon Gruden expressed his disappointment in the effort from his players.