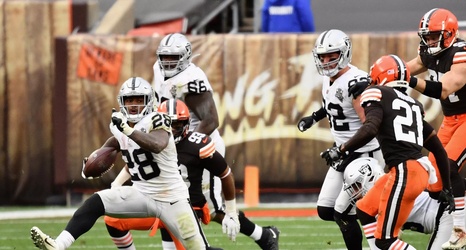 Well that was a fun — if bone-chilling — morning!

Let’s look at the keys to the Raiders’ 16-6 victory at the Cleveland Browns.

Raiders controlled game on ground:
It was a masterful performance by the Raiders. Josh Jacobs said he was embarrassed by getting just 17 rushing yards on 10 carries in a loss to Tampa Bay last week. He redeemed himself by getting 128 yards on 31 carries Sunday. It was his first 100-yard rushing game of the season. It was important that he had 4.