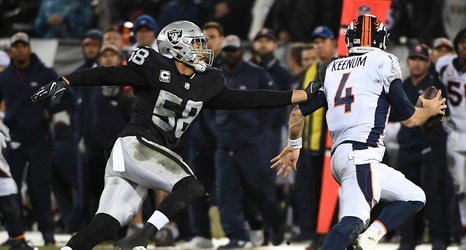 There was one new development. The team announced they re-signed linebacker Kyle Wilbur. All of the other announcements were know.

Wilbur is the second free agent Las Vegas has re-signed. Wilbur joins running back Rod Smith to be brought back by the Raiders. They have signed 11 free agents from other teams.

Safety Karl Joseph is the only Raiders’ free agent to sign elsewhere. He went to Cleveland on a one-year deal last week. The Raiders have several free agents remaining, but none are priorities. The top free agent is probably cornerback Daryl Worley.