Raiders quarterback Derek Carr gets emotional after win, and for all the right reasons 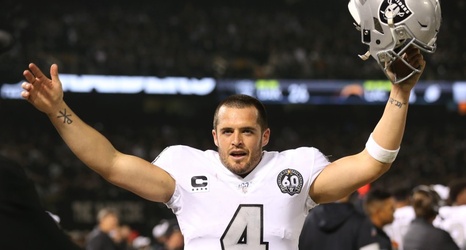 The low point in the 2018 season — for the Raiders and Derek Carr — was a 27-3 loss to the Seattle Seahawks in London in which the quarterback was brutalized to the tune of six sacks and two forced fumbles. The sixth sacked knock Carr out of the game with a left arm injury.

The unkindest cut of all came after the game when a report surfaced that Carr was crying on the field after the knockout blow.