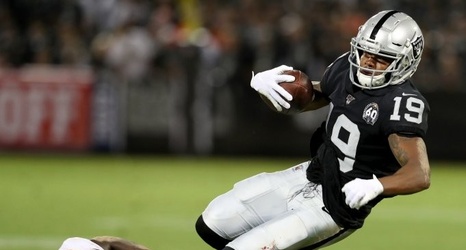 MINNEAPOLIS — Ryan Grant was a surprise inactive Sunday before the Raiders’ game against the Minnesota Vikings at U.S. Bank Stadium.

Grant, signed as a free agent in the off-season, had played the second most snaps of any Raiders wide receiver through two games, getting 40 of 55 snaps against Denver and 48 of 62 against the Kansas City Chiefs.

In the two games, Grant was targeted nine times and had four receptions for 14 yards. Against Kansas City, quarterback Derek Carr threw to Grant five times, completing just one pass for a 2-yard loss.

Also inactive was Trevor Davis, the wide receiver/return specialist acquired during the week from the Green Bay Packers.