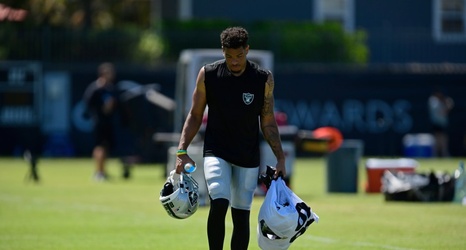 OAKLAND — Wide receiver Keelan Doss is active and available for his NFL debut Sunday against the Kansas City Chiefs at the Coliseum.

Doss was brought back before the Raiders’ season opener against Denver but was inactive after spending the time between the final cutdown and Week 1 on the practice squad of the Jacksonville Jaguars.

Raiders coach Jon Gruden wasn’t sure when he met the media Friday whether Doss would be active, saying it was a possibility, but noting, “He’s a work in progress in all areas. But I know he’s a hot topic around here.