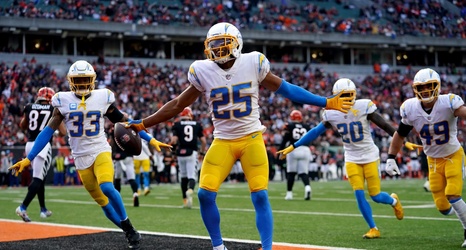 The Las Vegas Raiders have been connected to cornerbacks all offseason.

There were reportedly in on standout veteran Stephon Gilmore before he signed with the Indianapolis Colts and they have studied many cornerbacks leading up to the April 28-30 draft.

The Raiders have already traded for Rock Ya-Sin from the Colts and signed Darius Phillips and Anthony Averett at cornerback. Still, Las Vegas is probably not done tinkering at the position.

Among the players Las Vegas has visited with and studied leading up to the draft includes LSU’s Cordale Flott, Houston’s Marcus Jones, Tariq Woolen of the University of Texas at San Antonio and Hawaii’s Cortez Davis.