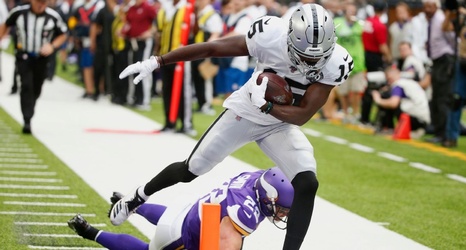 Gruden called in a flea flicker and Derek Carr worked it to perfection in the second quarter against the Minnesota Vikings.

Already trailing 21-0, the Raiders had a first-and-10 from the Vikings' 30-yard line when Carr handed off to Jalen Richard, who took two steps toward the line before spinning to his left and pitching the ball back to a waiting Carr, who looked down the left sideline.