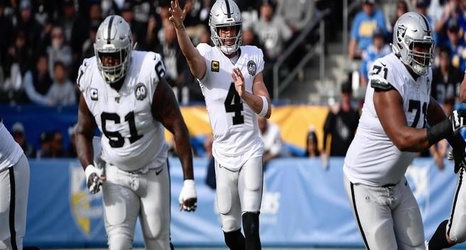 The Las Vegas Raiders agreed to terms on a contract with Nelson Agholor on Saturday, giving the wide receiver a much-needed fresh start.

Agholor had a ... divisive relationship with Philadelpha Eagles fans during five seasons in the City of Brotherly Love. He was a member of the Eagles' first-ever Super Bowl-winning squad, catching a team-high nine passes for 84 yards in a Super Bowl LII victory over the New England Patriots. But Eagles fans will remember Agholor for the catches he didn't make.