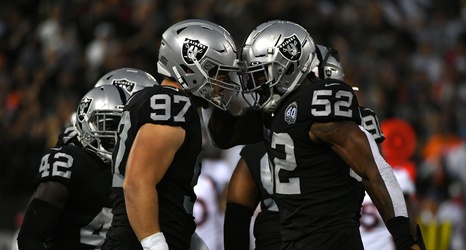 The Oakland Raiders are starved for any sense of optimism at the moment after a devastating 40-9 thrashing at the hands of the Kansas City Chiefs on Sunday.

That loss came one week after an embarrassing 34-3 blowout to a New York Jets team was manhandled by the previously-winless Cincinnati Bengals the following week. Football is weird, and the Raiders are in a dark, dark place right now.

For that reason, it’s at least nice to hear some sort of positive news — even if it isn’t exactly an earth-shattering development.

The Raiders announced on Monday that they had officially activated linebacker Marquel Lee from the injured reserve and added him to the active roster.