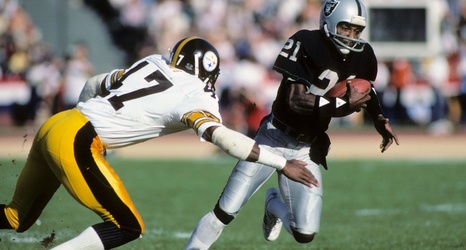 On Wednesday January 15th, 2020 on Good Morning Football on the NFL Network the Pro Football Hall of Fame Centennial Class was announced, and many felt Raiders wide receiver Cliff Branch would finally get in. Former commissioner Paul Tagliabue and NFL Films legend Steve Sabol were inducted, and while Cliff Harris and Mac Speedie were inducted, there was a glaring name missing from the marquee, three-time Super Bowl Champion Cliff Branch.

In Branch's 14-year NFL career with the Oakland and Los Angeles Raiders, he recorded 501 receptions for 8,685 yards and 67 touchdowns, and he was even better when it mattered.