Raiders’ Josh Jacobs at practice, but Trent Brown is not 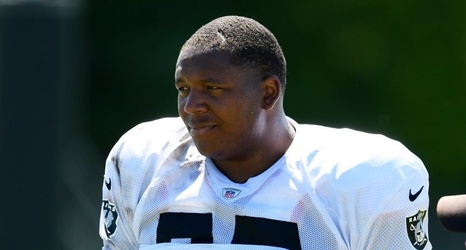 ALAMEDA — Trent Brown was conspicuous by his absence Thursday during the media window of Raiders practice.

Brown, 6-foot-8 and 380 pounds, has lived up to the billing of being the NFL’s highest paid offensive lineman by virtue of the four-year, $66 million free agent contract he signed in the offseason. He missed the last 14 snaps of the Raiders’ 28-10 loss to the Kansas City Chiefs and was replaced by Brandon Parker.

Where the injury leaves Brown with regard to Sunday’s game against the Minnesota Vikings remains to be seen.