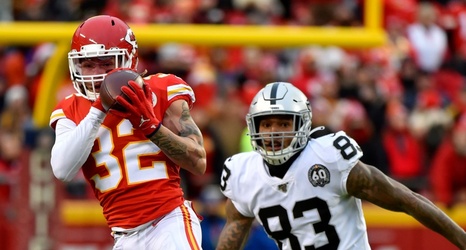 ALAMEDA — When safety Tyrann Mathieu drifted to his right and intercepted Derek Carr’s pass intended for Darren Waller in the first quarter, it was almost as if he knew what was coming.

Following the Chiefs 40-9 win over the Raiders at Arrowhead Stadium, Mathieu said he read the play based on what he saw before the ball was snapped.

“We knew that when (he) did take shots down the field, we were able to understand it pre-snap by the formation,” Mathieu said.