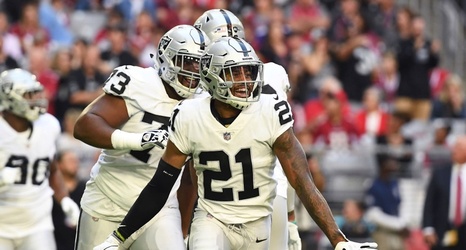 ALAMEDA — If you’re desperate for a silver lining on the Raiders’ defense, look to the secondary.

The Raiders made a quick strike Monday, reportedly coming to terms with safety LaMarcus Joyner on a four-year, $42 million deal with $16.7 guaranteed that indicates the former Rams franchise player will have a major role in 2019.

After finishing last in the NFL with only five interceptions in 2017, the Raiders finished 14th in the league with 14 picks in 2018. Gareon Conley, the 2017 first-rounder who played only two games his rookie season, tied for the team lead with three interceptions and returned a Baker Mayfield pass 36 yards for a score in Oakland’s Week 4 win against the Browns.