Raiders Film Room: Keelan Doss does a little bit of everything 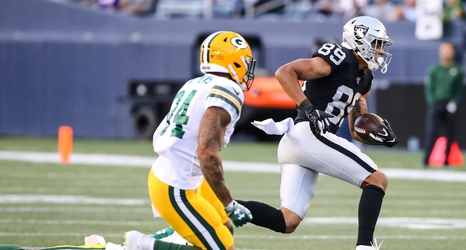 Sure, it’s just the preseason, but the Oakland offense has looked solid in the first 3 weeks. The play calling seems improved, especially in the passing game. The Raiders passing offense ranks in the top 5 of every passing category including yards, touchdowns, completion percentage, completions, first downs, and passer rating.

The majority of the players earning these stats will not be starting or even on the team when the regular season starts. There will be some tough cuts at the wide receiver position and no player has made a bigger case than Alameda native Keelan Doss.