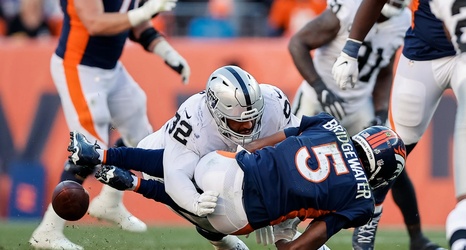 When the Las Vegas Raiders signed Solomon Thomas, admittedly, I wasn’t a fan of the addition. Thomas’ tenure with the 49ers was riddled with injuries and disappointment, and the Raiders opted to bring him in and let a promising player in Maurice Hurst go.

Eight weeks into the season and I’ll be the first to eat my helping of crow and admit I was wrong.

Injuries have continued to hold Hurst back in San Francisco, while Thomas has flourished in Las Vegas and become a staple in the team’s defensive line rotation.