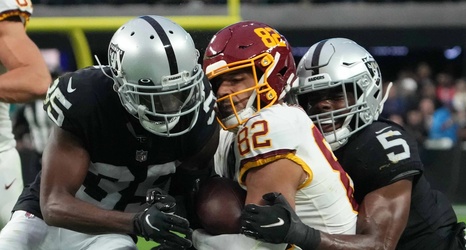 With a handful of injuries at linebacker last week, including starter Cory Littleton who exited mid-game, the Las Vegas Raiders were forced to dive into their depth chart at the position. That meant rookie Divine Deablo, who had registered 27 defensive snaps before last Sunday, was thrust into action.

Despite his lack of experience, Deablo managed to seize the opportunity and put together an impressive performance. He more than doubled his snap count for the season with 38 and finished one tackle behind Denzel Perryman for the team lead with 11 total takedowns.