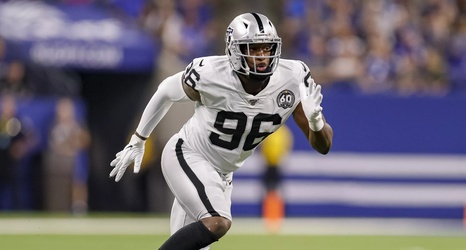 Selected at 4th overall in the 2019 NFL Draft, defensive end Clelin Ferrell has high expectations to meet as the Raiders first selection of the Mike Mayock era. Many fans have become dismayed at the lack of pass rush production Ferrell has posted through his first 4 games as a rookie. Let’s take a look at his all-around game to see what meat is on that bone.

Ferrell was selected over pass rush artists ostensibly because his profile as a run stopping defensive end was a better fit in Defensive Coordinator Paul Guenther’s system.