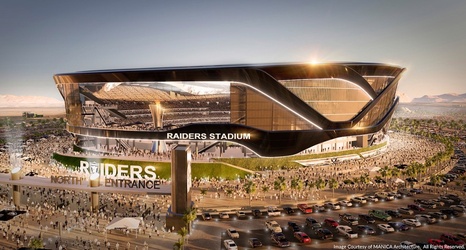 The Las Vegas Raiders were born Wednesday and the Oakland Raiders are history.

Raiders owner Mark Davis, joined by Nevada Gov. Steve Sisolak as well as some current Raiders players and alumni, made the change of the team name official in a ceremony at partially-built Allegiant Field.